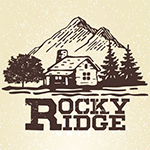 The Customer portal is under maintanence, We will be back soon.

Until 1654 A.D., Denkanikottai was ruled by KantiraveNarasa Raja of Srirangapatinam. The territory later moved into the hands of Hyder Ali. Later it was part of the struggle between the British and Hyder.

Denkanikottai is located at 12°31'11"N 77°46'48"E. It is situated on the south-western extreme of the Deccan plateau, east of the western ghats. The forest area of Denkanikottai forms the prime elephant habitat in the district. It is part of the Cauvery Elephant Reserve (450 km2). It has dry but pleasant weather conditions throughout the year. It is 3000 feet above from the sea level.

Temperature range is similar to that of Bangalore City, and it can get cool in the nights with heavy dew. Coldest temperature can be in low teens, highest can be in high thirties. Rainfall is spread across a wide span of months, starting from around May till about November. In general, rainfall is not very heavy.

The district is a paradise for nature lovers. The flora include a variety of timber trees like Rose wood, Teak, Sandal etc. Hundreds of medicinal herbs, minor forest plants like nelli, kadukkai, cheekai, pungam (Pongamia/Honge) and 'Charakkonnai' ('Cassia histula'). Since pungam trees are found in abundance in this forest pungam oil is extracted from the seeds of this tree, creating a non-polluting bio-fuel and bio-pesticide.

The major wild animals include Elephants, Sambar, Spotted Deer, Gaur, Wild boar, Panther, etc. The forest area of Denkanikottai Taluk forms the prime elephant habitat with lot of bamboos and this area constitutes the Cauvery elephant reserve, which is constituted over an area of about 450 km2.

In addition to these birds and mammals, there are variety of butterflies, giant spiders etc. that are coming under endangered list. Kodakkarai shoal forest in Denkanikottai Taluk is known for large scale migratory butterflies during a particular season; then one can observe thousands of migratory butterflies passing through this forest like a passing cloud.

Major farming activity in this area is

On the outskirts of Denkanikottai, on the road leading to the farm, there is temple of Bettaraya Swamy (Sridevi BudevisamedthaVettaiadiyaPiran in Tamil). The folk lore about this temple states that, once KanvaMaharisi requested lord Vishnu to destroy a giant known as Denkini. Lord Vishnu did that and stayed here after. This temple is said to be around 500 years old, with the sanctum area dating back to Mahabharata days.
The annual giant chariot festival of this lord is quite famous around the region, this festival happens generally during the month of March and April. Some call this temple “ChikkaTirupathi”, though it is different from the one near Whitefield in Bangalore.

On the outskirts of Denkanikottai, a little off the road leading to the farm, near Betrayanswami temple, there is Gavi Narasimha Swamy cave temple, dedicated to lord Lakshmi Narasimha.
This temple had been lost for past several hundred years, and dates back to the Mahabharata days. A few village youth playing near the area of the temple about 20 years ago fell in to a hole and discovered the cave temple. It has since been excavated and developed by local religious enthusiasts and sponsors..

Denkanikottai town boasts the famous Dhargah of Lord Yarab. This dhargah is well known in the country amongst the Muslims. It is believed, that people were threatened by deadly plague and left the city during the arrival of the disease, for more than 4-5 months, but after YarabHazrath came it was put to an end. The Dharga has 2 tombs one of YarabHazrath himself and another is of his son Khalif-e-Hazrath (successor).